C A P A B I L I T I E S
Book design
Packaging design
Typography
Illustration
R E C O G N I T I O N
Silver ADDY Award for Cover/Editorial Series​​​​​​​
There are always varying perspectives on how war is remembered, depending on which side of the battle one falls into. This is a series of three books that describes three different memories and perspectives of The Vietnam War—an American soldier who suffered from the fall of Dien Bien Phu in 1954; a young mother who had to flee her home country only to find her way back at the end; and a child of refugee parents who has a more sympathetic and forgiving point of view on the war.
The highlighted scene from each book is associated with a time of a day, symbolized by the location of the sun on each cover. The flat illustration gives the book covers a lighter tone on the topic of the war while depicting the real images from each story. 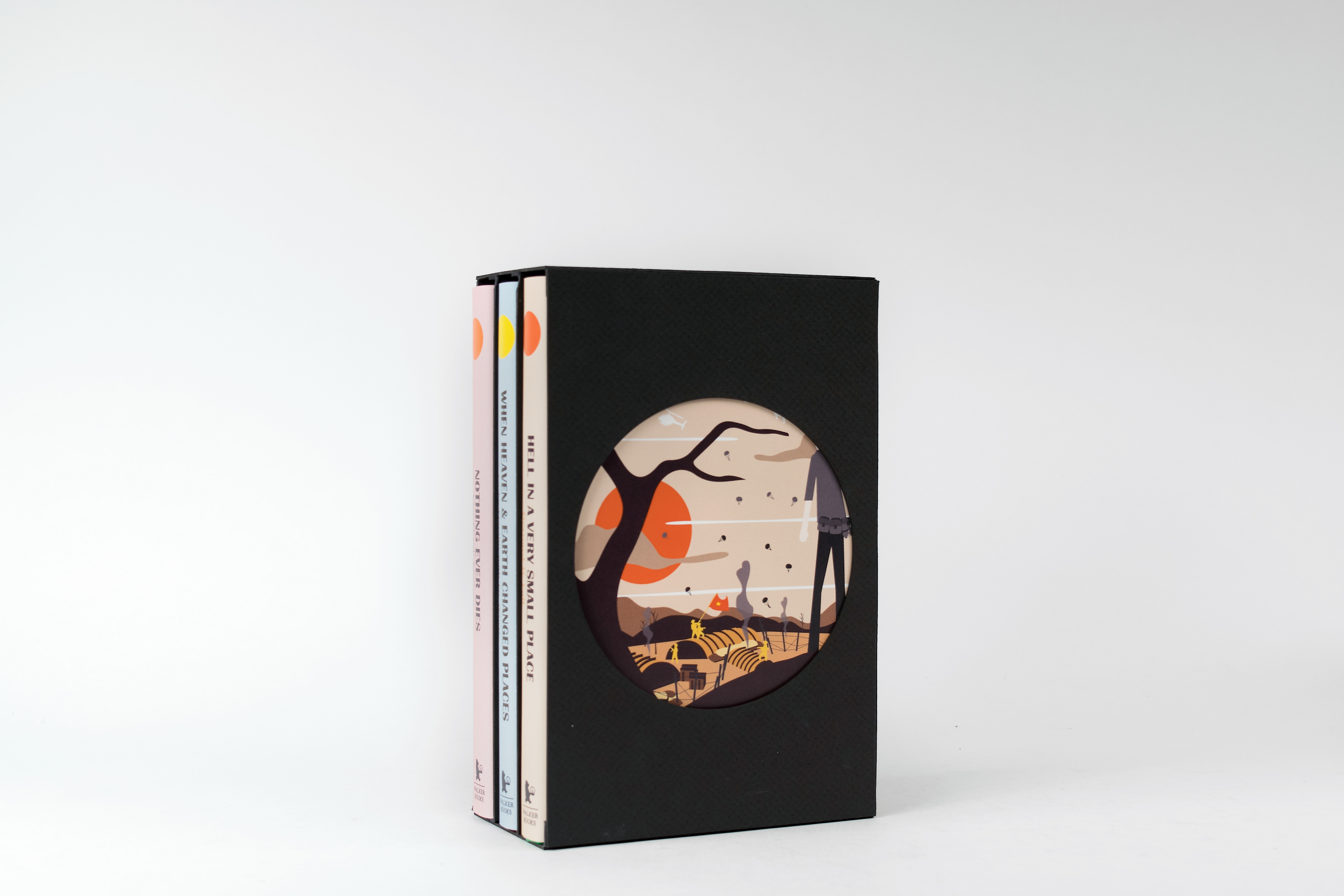 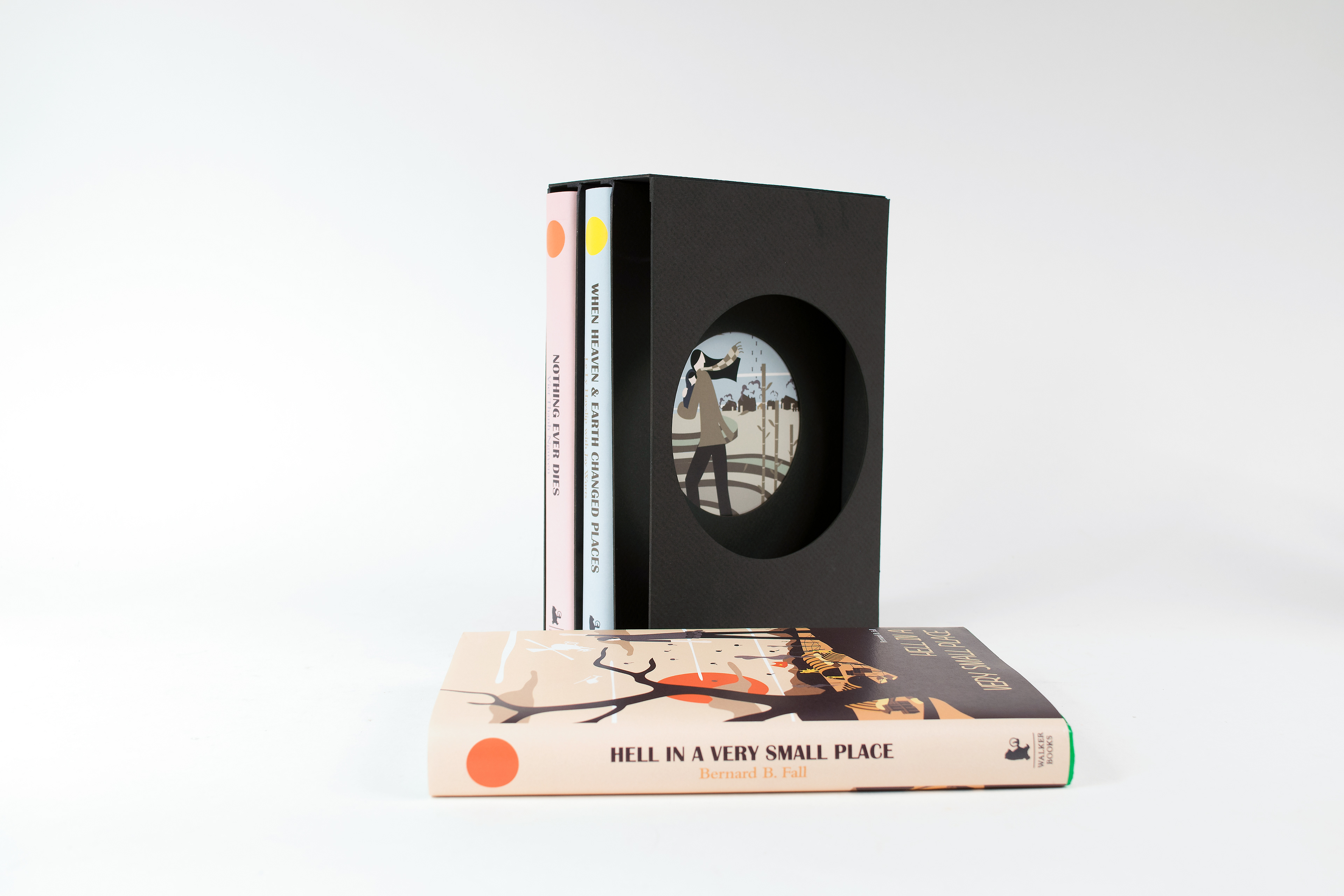 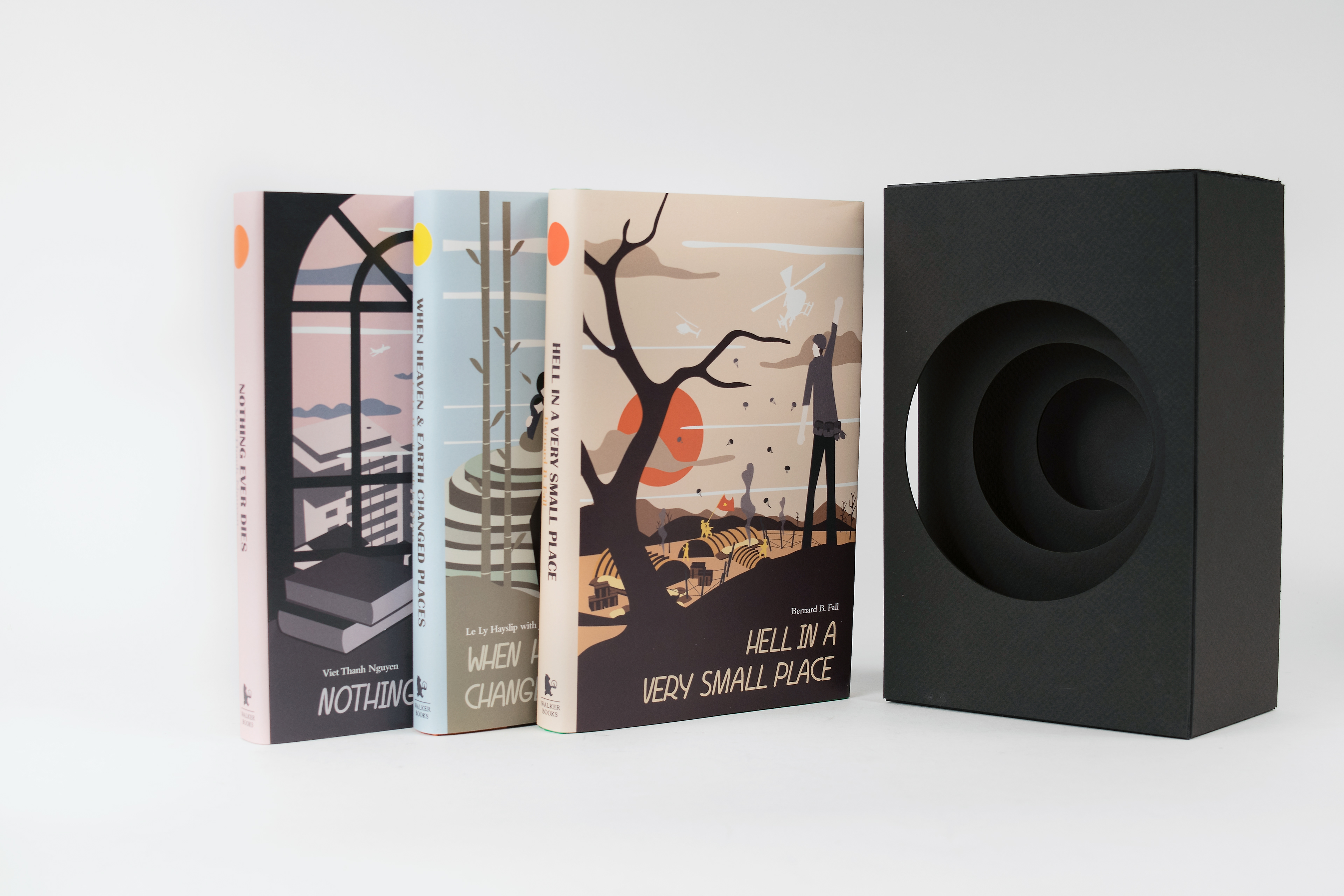 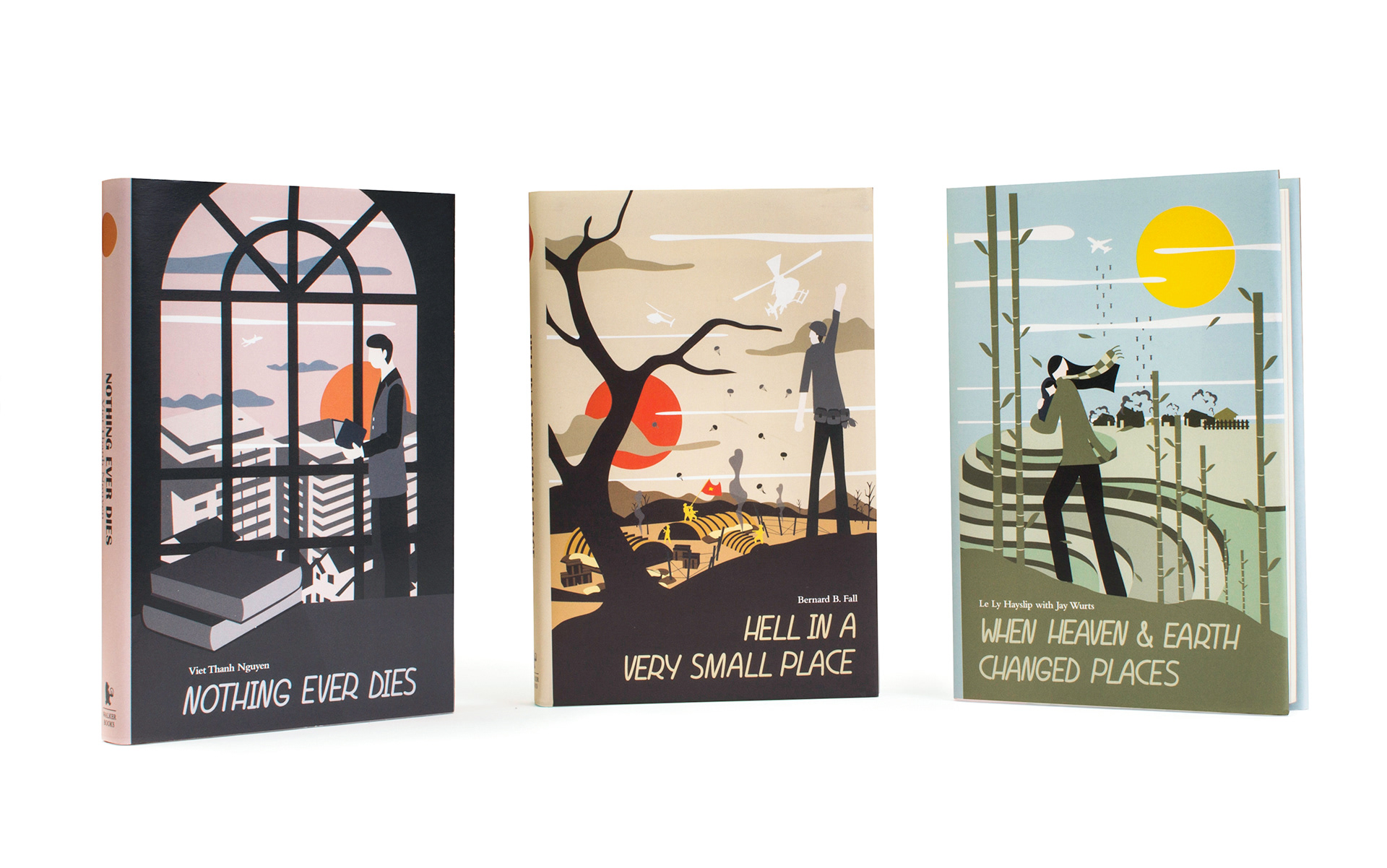